The Latest on the Reported iPhone Hack 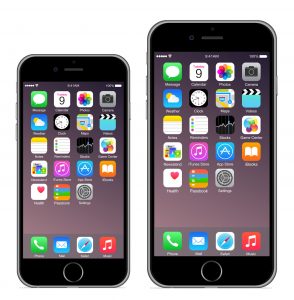 There are currently some high-profile stories in the news about alleged foreign hackers who claim to have the ability to wipe out the contents of millions of iPhones and iPad worldwide.
While Apple has been quick to dismiss their ability to do so, that might not be enough to make you feel better about your own security. However, you can easily change your iCloud password if that makes you sleep better at night. The best (and safest) way to change your password is directly at Apple’s iCloud site.
Note: You have to enter your new password everywhere where it’s required, which includes on all your devices (computer, iPhone, iPad, AppleTV). In addition, in some places (FaceTime, iTunes, App Store), you will also have to sign in again on the same device.
Here are a few links that will help you understand the issue:
Mac Rumors
The Verge
BGR
END_OF_DOCUMENT_TOKEN_TO_BE_REPLACED 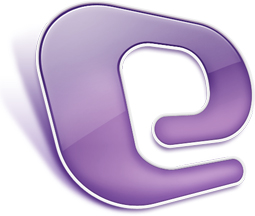 If you’re still using Microsoft Entourage, then you’re playing with fire. Entourage is the email program that was included as part of Microsoft’s 2008 Office suite. At one point, it was the best mail client for Mac, bar none. But because it was introduced in early 2008, it means you’re using software that was cutting edge nine years ago. So do you really want to trust an important part of your world – email – with an outdated product? It’s starting to show its age and give users all sorts of problems. Microsoft no longer supports Entourage. And because it’s been obsolete for almost seven years, it’s time to look elsewhere for your email program.

There are a few options to replace Entourage, but they all have their plusses and minuses.

Microsoft Outlook: This is the successor to Entourage. Yes, the Mac-compatible version of Microsoft’s mail program was called Outlook back in the dark ages, but the big brains there gave the Mac product a separate name to differentiate it from the Windows mail program.

There have been two versions of Outlook released since the Entourage days: Office 2011 and Office 365. Office 2011 (still available and not problematic – yet) is a standard “buy it” software package, while the Office 365 suite is a yearly subscription model. Both include updated versions of Word, Excel, PowerPoint and some other stuff nobody uses. There are a few different options for both.

BUT – a couple of important things to note. One, there are different versions of the Office 2011 suite, and some of them DO NOT include Outlook. So shop carefully. Also, if you use Entourage and want to retain all your old email when you upgrade to Office 365’s version of Outlook, you can’t do a direct import into Outlook. You have upgrade your mail to Outlook 2011 first, and THEN import it to Outlook 365. (Ugh.) But that’s what you call me for!

Web-based mail: More and more people are using Web-based mail. Sounds complex, but it isn’t. For example, if you’re a Gmail user, you open your browser of choice and use your email that way. That’s not quite as user-friendly as using a stand-alone mail program (Outlook, Apple Mail, etc.), but workable. Most of these also allow you to store your contacts as well. Another downside of this method is that it’s tough to do this on your iPhone.

But – if you’re using Gmail, there IS a Gmail program for Mac available in the App Store. (It’s called “Viewer For Gmail.”)  That’s a good way to get a little more user-friendliness from your email client.

Of course, the best bet (though that wasn’t always the case) is Apple’s mail client, cleverly called “Mail.” It’s in your APPLICATIONS folder and it’s designed to not only manage your mail, but to interact seamlessly with Contacts (Apple’s built-in address book), Calendar (Apple’s calendar) and your iPhone and iPad, using iCloud.

Apple mail used to have a reputation of being cranky, mostly when it came to the outgoing servers. And it still has issues with rinky-dink mail providers. But as long as you’re using the big boys for your email (Google, 1and1, etc.), you’ll be fine.