Solving The “I Have Multiple Photos Libraries” Issue 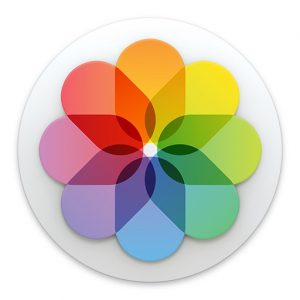 One thing I deal with a lot is the issue of photo organization on the Mac. By 2017, most users have migrated from the no-longer-supported iPhoto to Photos and, for the most part, everything is copacetic. But what I do see – a couple of issues.

The problem is when there are multiple Photos libraries on your hard drive. This issue can be easily rectified, but with the caveat that it’s going to take some time.

In most instances, the Photos Library resides in Home>Pictures and is cleverly named “Photos Library,” although it could have another name. These libraries are generally large, as they can be hundreds of gigabytes in size. The first step is to bring the two (or more) libraries into the same folder. (Which may necessitate renaming one of them.)

When you want to open the “second” library, you’ll be asked to confirm.

Then, open the SMALLER one and select PHOTOS in the left column. Select all the photos by typing Command-A on the keyboard; all the photos should have a blue outline. Select EXPORT>UNMODIFIED ORIGINALS from the FILE menu in Photos. Click the EXPORT button and when the second window appears, navigate to DESKTOP and click NEW FOLDER.

Name that folder EXPORTED PHOTOS (or something that makes sense to you) and click EXPORT. This will take some time, depending on how many photos you have in that library. Once that export process has completed, navigate back to your PICTURES folder and double click the other photo library.

Once you’ve opened the second library, select IMPORT from under the File menu. Navigate to the EXPORTED PHOTOS folder on your desktop, select it and your photos will be imported into that Photos Library. When trashing the OLD library confirm you’re getting rid of the correct one. Oh, and back up your Mac before doing any of this; if you make a catastrophic mistake, at least all it cost you was a little time.