When It’s Time to Say Goodbye 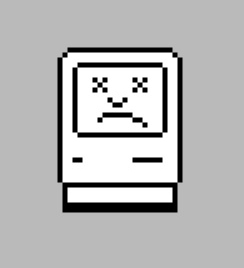 All computers have built-in obsolescence. Even today’s Macs.

No, I’m not talking about sending your kids off to faraway schools – this is about how long you should hang on to your older Macintosh Computer.

First of all, understand that Apple has stopped supporting computers pre-2013 – meaning if you have anything older than that, you’re playing with house money. You’ve certainly gotten your money’s worth out of that computer. As long as it’s working well enough for your purposes, then all is good. But if it’s starting to inhibit your productivity, then it might be time to start thinking about moving on.

But, if there is a problem and you find yourself at the crossroads, deciding whether or not to perform any major repairs on it – a new motherboard, for example – chances are you should put that money towards a new computer. Having the motherboard replaced in an iMac from 2009 is analogous to putting a $2800 transmission in a car worth $2500. Definitely not the best use of your money.

Here are some tips that usually indicate that it’s time to move on:

Before buying – feel free to contact me for my thoughts and expertise on your situation!

« High Sierra (OS X.13): Should You Upgrade?
Solving The “I Have Multiple Photos Libraries” Issue »
View more posts from this author