What is YOUR browser of choice?

After asking somebody what web browser they use, the next thing I usually hear is “which one is the best?” Or, “which one do YOU use?” Ah, you gotta love having a loaded question answered with a larger caliber loaded question.

Like many seemingly similar yet quite different choices in life (Coke or Pepsi, Mets or Yankees, Mary Ann or Ginger, etc.), the choice between browsers is a very personal one. Yet, people are often passionate about one of them for some particular reason. Or sometimes one is used as a matter of convenience. Sometimes even apathy plays a role, especially when users don’t realize that they have a choice in which one they use.

Although there are tech differences beneath the hood, all of the members of “The Big Three” are fairly similar. Google (of course) has the biggest share, somewhere around 2/3rds of the market, trailed by Safari (14%), Internet Explorer & Edge (though those are Windows-only products). Firefox and Opera have somewhere around 10% between the two. No stats are available for the anonymous Tor Browser, which allows users to surf stealthily. 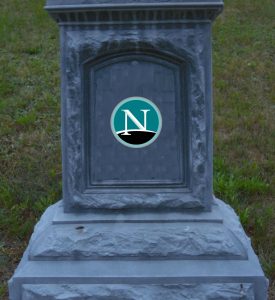 Way down on the food chain, there are some obscure browsers that some swear by. (And others swear at.) These include Opera, Tor and UC Browser. Opera is built on the Chromium platform, which means nothing to 99.9999% of the world. Tor differentiates itself by running on the Tor Network, which maintains user anonymity. And then there’s UC Browser, a product of the Chinese company Alibaba Group, is the third most popular browser worldwide. Except for an iOS version, it’s of no interest to Mac users. And yes, you can forget about Internet Explorer (for the Mac, anyway) and Netscape Navigator. May they rest in peace.

One thought on “What is YOUR browser of choice?”