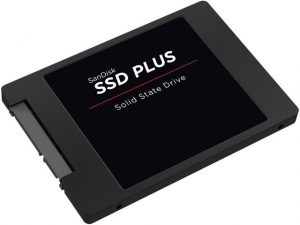 Solid state drives (SSDs) are have no moving parts and are faster than traditional hard drives.

Here we go again – a question I am asked on a weekly basis – “Is it worth it to upgrade the RAM and internal hard drive in my old computer?”

My answer? It depends.

One issue is the age of the hardware. Some older Macs (I’m not going to get into tech specs and all that geekspeak here) simply are unable to run newer versions of the Mac OS (Mojave, High Sierra and Sierra), which can cause issues, such as not being able to support a browser that is secure enough to access certain sites – financial institutions, for example. 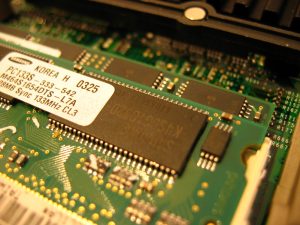 In the “good old days,” Apple was stingy when it came to RAM.

But if you have cleared that hurdle, you have the issue of your RAM and hard drive. Today, Apple has made it (for the most part) impossible to upgrade these items, so when you DO buy new, make sure you get what think you might need for the future.

Back in the day (probably pre-2012), Apple was notoriously Scrooge-like when it came to the amount RAM in your computer when you bought off the rack. But no harm, no foul, it was inexpensive (and simple) enough to buy from a third-party, and so for a few bucks and a few minutes of your time, you were all set. So, if an infusion of RAM might solve your issues, go for it. It’s dirt cheap these days (gone are the rumors of shortages) and it’s easy to install. Just go on YouTube or consult an expert. And that would be me.

The issue of replacing your standard hard disk drive (HDD) with a solid-state drive (SSD) will no doubt speed things up in your computing life. HDDs have moving parts (an arm that reads a spinning platter), as opposed to SSDs, which have no moving parts. BUT – there are a few things that you have consider before ripping out your old school HDD and popping in an SSD. These are:

Bottom line: I use the old car and replacing the transmission analogy here; at what point is it better to forget the idea of putting money into the old as opposed to spending on the new? (Saying “throwing good money after bad” is an inexcusable cliché!) You’re going to have to do your cost analysis homework!

« What is YOUR browser of choice?
Updating to Mojave OS X.14 – A Good Idea? »
View more posts from this author

One thought on “Upgrading your older Mac: Adding more RAM and/or a solid state drive”