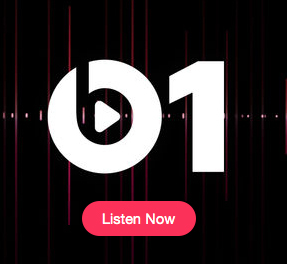 If you’ve been listening lately, you’ve no doubt heard that Apple has finally flipped the on switch to its long-rumored streaming music service. Whether it was from the entire Taylor Swift debacle or simply the pundits talking about it on the financial networks, it certainly was big news when it launched last week. In case you need a primer on the service, check out MacWorld’s piece here.

Full disclosure: I don’t plan on venturing beyond the “free trial” into paying territory. I simply haven’t gotten into the streaming music movement, whether it’s online (Pandora, Spotify, Deezer, etc.) or satellite radio and certainly don’t feel like paying more for music, seeing that I have somewhere around 24,000 songs in my iTunes Library (and 30 years worth of the associated CDs, now residing in Wal*Mart bins in my basement). So you can assume that if I want to listen to something, I’ll probably buy it.

Anyway, here’s how to get started:

On your Mac: Once you upgrade to iTunes to version 12.2 (which requires Mac OS X.9 – Mavericks), you then launch iTunes and look for the “For You” menu at the top of the page. Not there? Then go to Apple’s Music Webpage (https://www.apple.com/music/membership/) and click “Try Now” which should update your iTunes page. Then click back on “For You” and then click on the “Start 3-Month Free Trial” button and follow the sign-in wizard.

On your iPad or iPhone, upgrade to iOS 8.4 and then launch the Music app. In the upper left corner, tap the “user” icon (red circle) and then the link for “Join Apple Music.” In both instances, you can start off easy with its “3 Month Free Trial” but you still have to enter your payment info (and which plan – “Individual” or “Family” – you want to sign up for), even if you’ve already decided on cutting off the service on day 89. Important note: Before you start streaming music on your iPhone, you’ll want to check your cellular plan re: data usage and all that fun stuff. Nothing is worse than getting hit with unexpected overage charges!

Once you’re in that far, it’s remarkably similar to other streaming services – you select which genres of music you like to listen to, and going down one more level, indicate which artists you like. You’ll then get playlists of music based on your input (and no doubt based on other listener’s preferences).

Whether this service satisfies your appetite for music and is worth the $9.99/month ($14.99/month for the “Family Plan”) is an individual decision. If you’re an Apple fanboy (or fangirl), there probably is no reason to go elsewhere; to be honest, I haven’t compared the artist roster of any of the streaming services. I know there are some holdouts, Def Leppard for one. (And Def Leppard has sold more than 100 million albums, so I would imagine that anybody who wants to hear them already owns their albums, or at least the first four!) But for now, I’m not planning on signing up anytime soon. Nothing personal, it’s just another thing I don’t need to spend my time on.

Oh, and one more thing: Another component of the service is “Apple Music Connect,” yet another social media platform to occupy your time. While this certainly makes sense for the up-and-coming artist, it’s probably little or no use for classic or legacy bands. Again, I spend far too much time in front of the computer screen (my own and those of clients), so any free hours outside of the family/work/house trifecta are better spent running, mountain biking or on the tennis court.

« The Unsyncable Contact: “iCloud” vs. “On Your Mac”
Read This BEFORE You Upgrade To a New iPhone! »
View more posts from this author