Getting A New Mac? Delete Your Data From Your Old One! 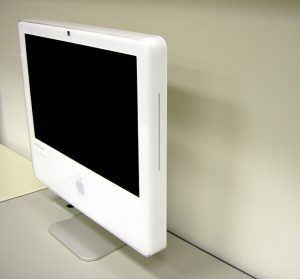 It seems that we’re buying new computers at a faster clip these days than we were a few years ago (at least in this corner of the nation). I’ve noticed that today the average user keeps his or her Mac for a little over three years.  I’m convinced that the reason for this trend of replacing a computer more often is due to increasingly sophisticated requirements for websites and online content – just note how often Adobe Flash Player requires updating. (I’ll be writing about these changes in a future blog post.)

But since we’re replacing our computers at a faster clip, this means we’re also getting rid of computers more often as well. For some, this means giving the old one to the kids or another family member or maybe keeping it around as a backup. In this instance, it’s not always necessary to reformat the hard drive to delete your data; but if the computer is going anywhere outside of your house, it means you have to be cognizant about what happens to the personal information on your old computer.

Short of physically removing your hard drive (a difficult task in most models), the best way to “zero out” the data is to reinitialize the hard drive using the original installation media.

OS X.7 and earlier Macs: Boot while holding down the “C” key.

In both instances, you’ll be given the opportunity to reinstall the operating system. You’ll want to launch DISK UTILITY from the “Utilities” menu and erase the hard drive before proceeding.

A couple of things:

Confirm that you have copied all the data off your old Mac before erasing the hard drive.

Yes, there’s a little more to this than I have space for here. The bottom line – don’t allow a computer containing your personal data to be out of your control. We’re all extremely aware of the consequences of identity theft.

« Beware of Scams – Online and Offline!
Keeping Files Organized On Your Desktop »
View more posts from this author